DID YOU KNOW? Wolves rarely pose a threat to people. Fear of wolves is disproportionate to the actual threat they present. Like many wild animals, wolves pose some danger to people, but in rare circumstances. It is important to note how uncommon wolf attacks on people are, before discussing the specific circumstances. Attacks are rare, and lethal attacks are exceedingly rare, especially in North America.

After detailing four centuries of accounts, in a concluding chapter titled, “Putting wolf attacks into perspective,” the report states, “Attacking and preying on humans is much more a part of the ‘normal’ behaviour of other large carnivores (bears, cougars, tigers) than wolves. The risks of being attacked by a wolf aren’t zero, but are clearly so low that they are virtually impossible to quantify… [emphasis added].”

In the rare circumstances, when attacks have occurred, one or more of a few recurring factors is almost always associated with the attack. Most often attacks are carried out by a lone wolf, even though wolves are not solitary creatures.

Habituation to Humans and Their Food

Since wolves tend to fear people, most attacks occur when human behavior has resulted in the erosion of the wolf’s natural fear. When wolves have grown accustomed to receiving food directly from people, by learning that food can be found at campsites and in other similar situations, or by becoming habituated to feeding at open garbage dumps, they may come to associate people with food and be more likely to approach them. Most often, the wolf is chased away or deterred in some manner and departs. Therefore, these types of encounters still only rarely escalate to an attack.

Another factor seen in attacks, almost always perpetrated by a lone wolf, is that the animal was sick, or suffering from some other ailment, causing the wolf to be in poor physical condition, starving or otherwise desperate. Attacks by sick, old, or weak and compromised wolves rarely result in serious injury and almost never in death.

In Europe and most of North America, rabies was once much more prevalent than it is today, perhaps leading to some of the disproportionate fear and angst directed at wolves. Rabies, and the aggressive behavior it can cause in an infected animal, was historically the source of many wolf attacks. In northern Alaska in the 1940’s, a rabid wolf bit an Inuit hunter and child in separate incidents. Both recovered from the attack, but later died after developing the rabies virus.

Rabies continues to be a leading cause of (still very uncommon) wolf attacks in Asia, where the disease is not under control and medical treatment for someone who has been bitten can be more difficult to access. Wolves nevertheless are not reservoirs of the disease. They are not primary hosts, but can become infected when exposed. Bats, raccoons, skunks, foxes, mongooses, coyotes, dogs and cats are principal rabies hosts, and much more common carriers of the disease.

Over the past 50 years, vaccination programs for wildlife and dogs, and access to effective treatment for people exposed to rabies, has dramatically reduced the presence of the disease in the U.S., Canada and Europe. Rabies kills about 59,000 people around the world annually but, with successful mitigation efforts, only one or two die from the disease in the United States each year. When compared to their larger predatory counterparts, wolves are significantly smaller and lack the brute force and formidable claws of bears and mountain lions (and tigers in Asia). Additionally, these other predators attack in a manner that is more lethal. Relying on sudden bursts of speed and force, and on the element of surprise, lions and bears overwhelm their prey swiftly, often dealing an immediate lethal bite or blow that breaks vertebrae.

Wolves are social animals that live in packs. They are not typically solitary animals. What makes wolves successful as predators is their teamwork. Single wolves, therefore, have a much more difficult time bringing down larger animals and rely more on hunting smaller prey and scavenging for food. That is why the fact that lone wolves perpetrate the majority of attacks is not what one would expect, and also why the majority of attacks are not fatal, and often do not result in serious injury.

Animals kill more than 400 people in the United States every year, and the list of animals more deadly than wolves might surprise you:  snakes, alligators, spiders, sharks, dogs, and even cattle. All cause exponentially more deaths in a given year than wolves. Ironically, our own species turns out to be the deadliest predator on the planet, responsible for over 16,000 murders in the U.S. in 2018 according to the FBI.

There have only been two fatal attacks by wild wolves in North America in the past 120 years. And, of those two, one is inconclusive as to whether the attacker was a bear or wolves. In contrast to larger predators and other animals that can be dangerous to people, in North America, lethal wolf attacks are exceedingly rare.

For the sake of comparison, wild bears have killed 55 people in North America and mountain lions have killed five in the last 20 years. Wild venomous snakes were responsible for 28 human deaths during that same timeframe. Perhaps surprisingly, dogs kill around 30 people per year in the United States, while cattle kill 20, and deaths attributed to bees and other stinging insects number around 100 cases per year.

Healthy wolves very rarely attack people in a predatory manner. Certainly, it occurs much less frequently than with many other species. Yet, it is important to recognize when and where this has occurred. In North America and Europe, where between 55,000 to 70,000 wolves live, examples of predatory attacks have been remarkably rare. However, in the pastoral and agrarian societies of central Asia and India, where rabies is more prevalent and where children frequently work as herders or fieldworkers, there are documented cases of wolf attacks in most years. In these areas, there is a higher rate of mortality, but most attacks are typically not fatal.

People tend to fear animals that eat other animals. We still have a primal fear of true wilderness in many cases, especially now that we are further removed from it than ever before. At the heart of the matter, we recognize our extreme vulnerability in the face of creatures with natural defenses and weapons in the form of teeth, claws, cunning, strength and speed. Paradoxically, we assume plant-eating animals are safer, friendlier, and harmless, yet herbivores like moose and bison can kill a person just as swiftly as a carnivore. Wherever wolves live, we run a far greater risk of being struck by lightning than of being attacked by a wolf.

As more than 100 years of modern history has demonstrated, the likelihood of a person being attacked by a wolf in America is incredibly slight. In all cases, wolves should be afforded the same respect and deference we pay to any large wild animal. 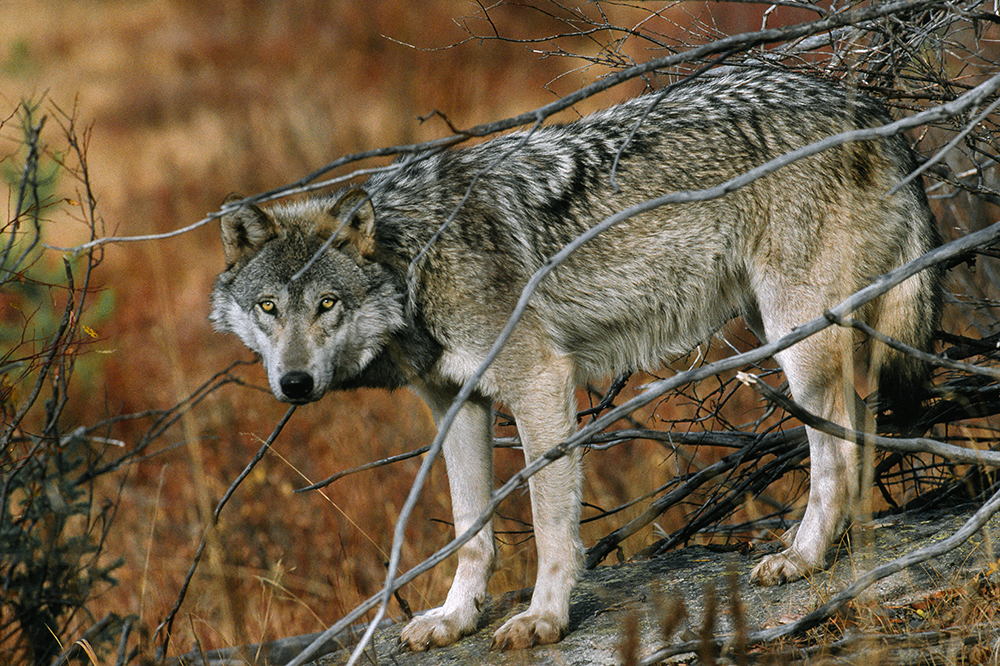