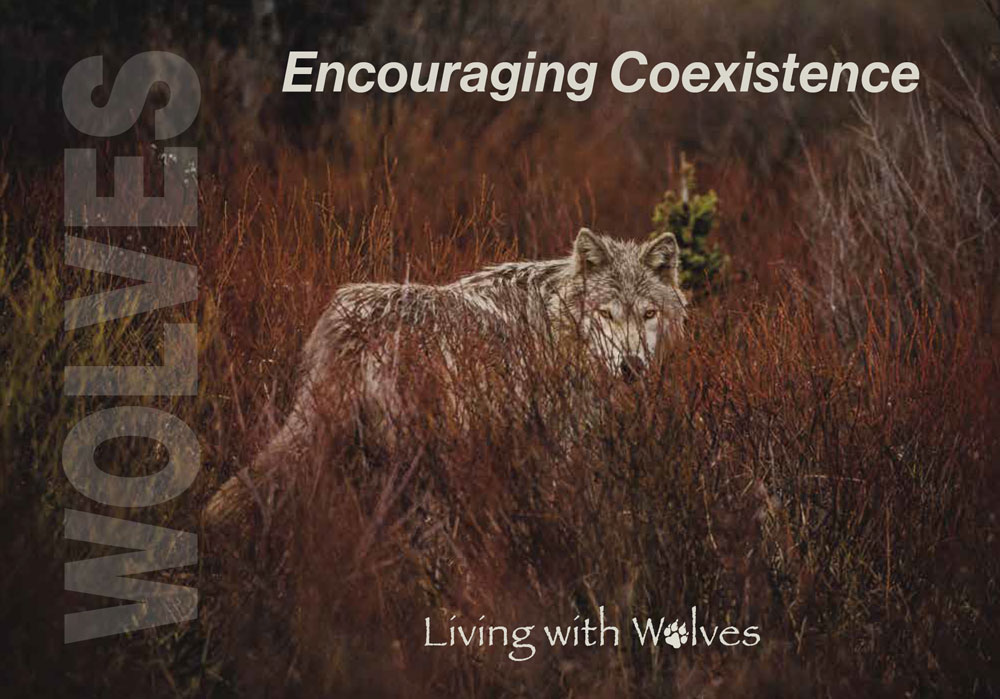 Encouraging Coexistence combines compelling photography with a collection of our informative DID YOU KNOW? public service announcements (PSAs), intended to broaden the reader’s understanding of the multifaceted aspects of wolves and wolf recovery. This publication explores the misconceptions surrounding wolves, while also offering ecological and biological facts about this fascinating animal. To delve deeper into what are often complicated topics, each PSA is linked to a corresponding blog on the Living with Wolves website. National Geographic collaborated with wildlife filmmakers and naturalists Jim and Jamie Dutcher to bring educational content about wolves to children at home. This free guide offers a way to learn about the lives of wolves through fun and engaging activities the whole family can take part in. The activities within this guide are designed to expand your understanding of wolves and the richness of nature, increase children’s understanding of this engaging topic, and ignite their curiosity about the natural world. National Geographic has collaborated with wildlife filmmakers and naturalists Jim and Jamie Dutcher to bring educational content about wolves to learners of all ages. This collection of free educational resources was created to help teachers bring the excitement of this high-interest topic into the classroom. Use the maps, activities, and media in the collection to engage students with a wide variety of ecology and biology topics. Wolves at a Crossroads was prepared for members of Congress in 2011. Its purpose was to counter the misleading rhetoric from state governments that led to proposed legislative intervention to remove endangered species protections from gray wolves in the Northern Rockies. In an unprecedented move that violated the Endangered Species Act, this population of wolves lost protections through a congressional rider attached to a “must-pass” appropriations bill, which also prohibited any future judicial review. As a government shutdown loomed, Congress worked to pass the bill, and neither wolves nor the rider that delisted them were debated during the proceedings. As a result, wolves in the Northern Rockies are still being needlessly and relentlessly killed. This publication summarizes the controversy leading up to the 2011 delisting. Much of the same misinformation is still prolific today.