Living with Wolves founders, Jim and Jamie Dutcher, began their work as wildlife filmmakers. Before wolves were reintroduced to Yellowstone National Park and Central Idaho in 1995, the Dutchers’ groundbreaking documentary film, Wolf: Return of A Legend, captivated an audience of 17 million television viewers and garnered a Primetime Emmy Award in 1994. This film and their others that followed about the Sawtooth Pack introduced this vitally important element of public education to the successful wolf recovery effort, sharing the story of wolves as they had never been seen or understood before.

In 2006 Jim and Jamie put aside their cameras and created Living with Wolves, a national nonprofit organization dedicated to educational outreach and research. Living with Wolves provides concerned supporters with a wide range of trustworthy and effective actions, building tolerance that can lead to coexistence between people and wolves sharing the same land.

With the creation of Living with Wolves and the release of books, exhibits, presentations, magazines articles, study guides and world-wide wolf related interviews, the Dutchers and the Sawtooth Pack have touched the lives 100’s of millions of people, as their story has circled the planet. Ambassadors for their kind 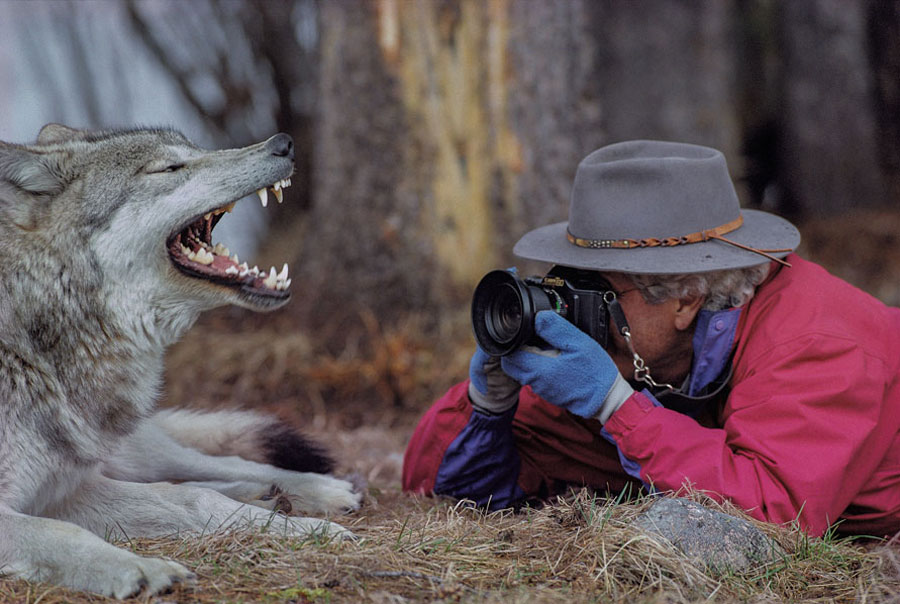