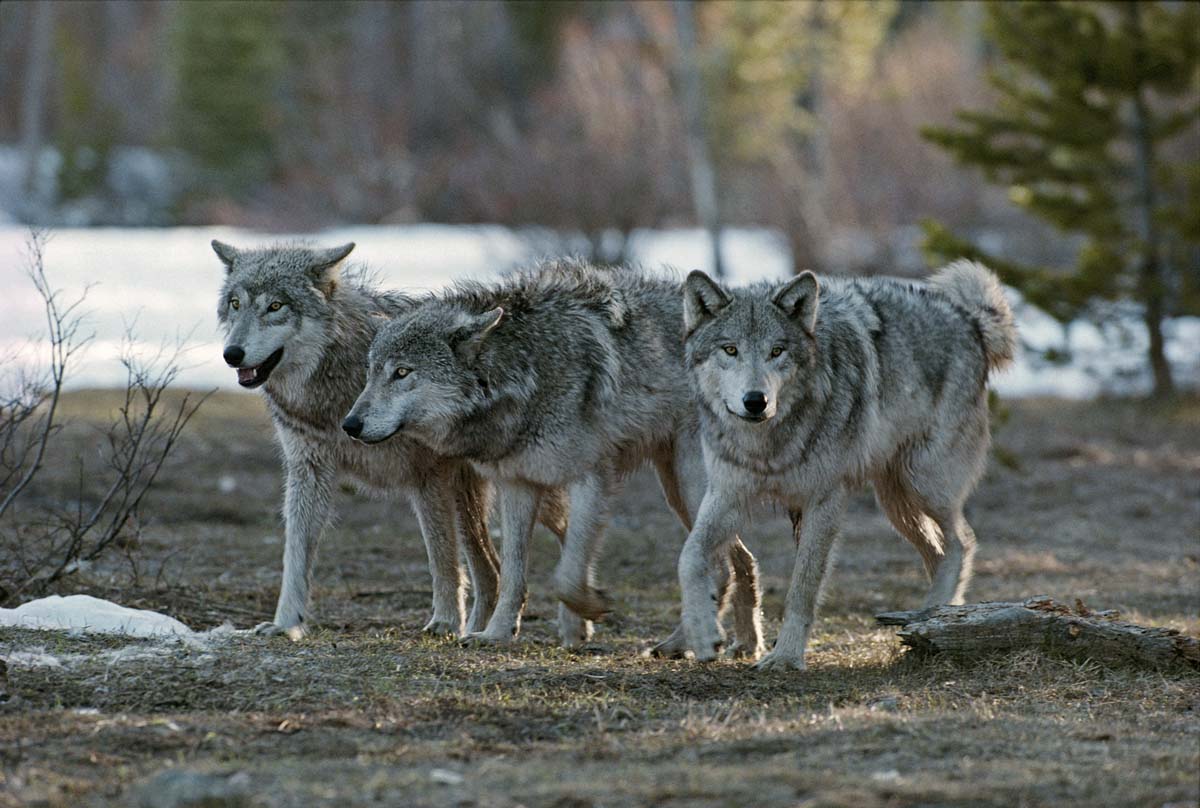 The Toklat Pack, a case study

The Toklat pack, studied by the late biologist Gordon Haber, provides an interesting example of what happens to the pack’s knowledge of specific hunting strategies and techniques when older, more experienced wolves are killed.

The Toklat pack specialized in preying on Dall sheep, quite a feat given the rocky slopes of their habitat in Alaska’s Denali National Park. Haber first observed the wolves climbing the slopes in an effort to attack from above. But because Dall sheep are superior climbers, they would easily evade the wolves by running uphill across the steep rocky terrain. The wolves, in response, learned to anticipate this evasion, and attack in a manner that cut off the escape route, sometimes waiting for two days to stage an ambush. It was a hunting technique very specific to this pack.

In the winter of 2005, the alpha female of the Toklat pack was caught in a snare. Two other females from the pack stuck with their pack leader, who was also likely their mother, and were eventually trapped as well. After these wolves were killed, the alpha male returned for months to this spot until he too was killed by a hunter.

When this family group disintegrated, the six remaining wolves were all juveniles. Without guidance from their elders, they did not know how to stage an ambush as the older wolves had done. They stopped hunting Dall sheep, relying instead upon snow hares to survive during winter. The young wolves no longer had the older wolves around to share their knowledge and teach them the specialized Dall sheep hunting tactics they had perfected in the steep terrain of Denali. The loss of the older pack members ultimately meant the loss of Toklat Pack culture and an important component of their survival.

A similar case was observed in Yellowstone National Park. Before wolf hunting was legalized outside the park, Yellowstone’s wolves were one of the few unexploited wolf populations in North America. When the wolf hunt began (2011), hunting outside the park had a serious impact on wolf livelihood within the park. Hunting wolves, according to wildlife biologist Cristina Eisenberg, “disrupt[s] their society and destabilize[s] their packs. Packs may split into smaller packs made up of younger animals, with a greater influx of unrelated individuals. And younger, less-complex packs may kill cattle or approach humans for food.”

A case in point is the story of the Lamar Canyon pack. Before hunting season opened outside Yellowstone, the Lamar Canyon pack was one of the most viewable and stable packs in the park. The pack was led by ’06 female and 755M, along with 755M’s brother the beta wolf 745M. In November 2012, 754M was killed legally by a hunter outside the park in Wyoming. One month later, another hunter killed ‘06 female. One of ‘06’s daughters became the new alpha, but she couldn’t breed with her father, so 755M the oldest and most experienced hunter of the pack, left the pack to look for a new mate. The Lamar Canyon pack was left without an experienced leader.

755M found a mate, 759F from Mollie’s pack, and returned to the Lamar Canyon pack with her. However, upon his return, he found that things had changed in his absence. Two of his daughters had found mates themselves, and these new males turned on 755M and his new mate, killing 759F and chasing 755M away.

755M’s daughters eventually got pregnant and had pups. Two years later, one of these pups left the pack under pressure from her siblings and dispersed outside of the park. Eventually she was caught raiding chicken coops for food in Jardine, Montana, and was killed as a result by Montana Fish, Wildlife, and Parks.

Read more about the Lamar Canyon pack and more details of this story, here.

Yes, it can. Killing wolves can break up packs, and smaller packs have a harder time successfully bringing down large prey. Smaller packs are often forced to find prey that’s easier to kill, such as livestock. Here are a few examples of what can happen when individual pack members are lost to hunting, snaring or trapping.

A research paper published in the Journal of Animal Ecology in 2014, similarly demonstrated that the death of a single wolf can impact the entire pack. Using data from a long-term study of wolves in Denali National Park, wildlife biologist Bridget Borg, with Scott Brainerd, Thomas Meier and Laura Prugh, studied what happens to packs when one of the alphas are killed. They found that although loss of a single breeding wolf may not adversely affect the overall wolf population, it can cause the dissolution of the pack, given the right context (small pack size and mortality occurring during breeding season). In most cases where a pack broke apart, the dissolution was preceded by a loss of an alpha (especially when the pack was small to begin with). They found that out of 70 packs in Denali National Park, the death of an alpha was associated with 77% of packs that split up. Moreover, the pack was more likely to dissolve if it was the alpha female (mother) that died or if the pack was small.

Researchers at Washington State University found that killing wolves to keep them from predating on livestock is counter-productive. In other words, the killing of wolves to protect livestock can actually cause more sheep and cattle deaths the following year. Wildlife biologist Rob Wielgus and Kaylie Peebles studied 25 years of lethal control data from U.S. Fish and Wildlife Services Interagency Annual Wolf Reports in Montana, Idaho and Wyoming. Wielgus et. al. found that killing 1 wolf increases the likelihood of attacks on sheep by 4% and on cattle by 5-6%.

The reason for this is likely that indiscriminately killing wolves disrupts the social cohesion of the pack. Moreover, in intact families, offspring tend to stay with their pack longer and breed much later. When packs are disrupted, and dissolve, offspring tend to breed younger and there are subsequently more breeding pairs and packs of younger wolves without older, more experienced wolves to guide them. These packs can become bound to one place when pups are born and occasionally turn to livestock as an easier food source than elk and deer.

Read a summary of the research, here.