Do large carnivores keep their own numbers in check?

A defining feature of large carnivores may be their ability to regulate their own population density.

Apex predators are commonly defined as the predator at the top of a food chain. Given that they are safe from predation, ecologists generally support the idea that what limits the population size of apex predators in a given ecosystem is the availability of food (prey). When there is an abundance of prey, predator populations grow and when there is a shortage, they shrink. This, a recent publication is arguing, may not be the case.

After surveying the life histories of more than 100 mammalian carnivores around the globe, researchers are beginning to believe that large predators may have the ability to limit their own numbers – what the scientific community terms “self-regulation.” This does not mean that available-food is not a contributing factor to the number of predators in a particular habitat, but rather that large predators may be different than other animals in that they have the ability to keep their own numbers in check, to regulate their own populations at a sustainable level.

What’s more, researchers believe that this “self-regulation” population control may be a defining characteristic of apex predators. Interestingly, self-regulation in apex carnivores may stem from social interactions. Meaning that the more stable a wolf pack is, for example, the more likely it is that they will regulate their own numbers.

Why do scientists think self-regulation is tied to social interaction?

Past research has shown that in large carnivore populations that are not hunted by humans, offspring tend to stay with their birth families for several years. And as a result, they leave the pack and have offspring of their own at a relatively later age, which reduces the overall population. Whereas in apex carnivore populations that are subject to human hunting, offspring tend to leave their birth families earlier, reproduce earlier and have more offspring in their lifetime.

In hunted populations, social groups are broken apart, and as a result there are more breeding pairs. When packs are intact only the alpha female tends to have offspring (what scientists call “female reproductive suppression”). A 2010 study demonstrated that banning wolf hunting resulted in intact packs of biologically related members (kin-based) but not an increase in overall population.

In short, the more socially stable an apex predator population is, the more likely they are to limit their own population through social interactions (self-regulation) rather than the availability of resources (food) limiting birth rates and mortality rates.

Although this had been observed already in wolf packs by research published in 2011, this is the first study to bring together findings from large carnivores across the world, including but not limited to wolves.

Challenges to this research:

One of the major challenges of this survey is that to really conclusively pin down what keeps populations of apex predators stable, researchers would have to study socially stable groups over many years. However, today it’s extremely rare to find socially stable apex predator populations in the wild. Most large carnivores, like wolves, are subject to hunting by humans. Moreover, according to the authors of the study, 87% of large carnivore species’ populations are decreasing across the planet.

How then should we define an apex predator?

For example, in places in the American West where wolves were absent from ecosystems, coyotes as the next largest predator would be considered apex predators despite the fact that when wolves returned they regained their designation as mesopredator. Yet, Coyotes, when left to fill the role wolves left open, did not exert the same influence on their environment as wolves did, meaning that they may functionally remain mesopredators even when larger predators are absent.

Given this definition, it’s unclear what makes an apex predator different from a mesopredator. What scientists did know is that as the largest predator in an ecosystem, these predators were safe from predation, prompting researchers to question whether there are characteristics of a predator (other than being at the top of their respective food chain) that could be a more accurate way to define them as apex predators.

After surveying the life histories of more than 100 mammalian carnivores around the globe, researchers found that predators above a certain size (15 kg) are self-regulating, while smaller predators (under 15 kg) depend on predators to regulate their populations (externally).

Should we rethink the level of human management of wolves and other apex predators in the wild? 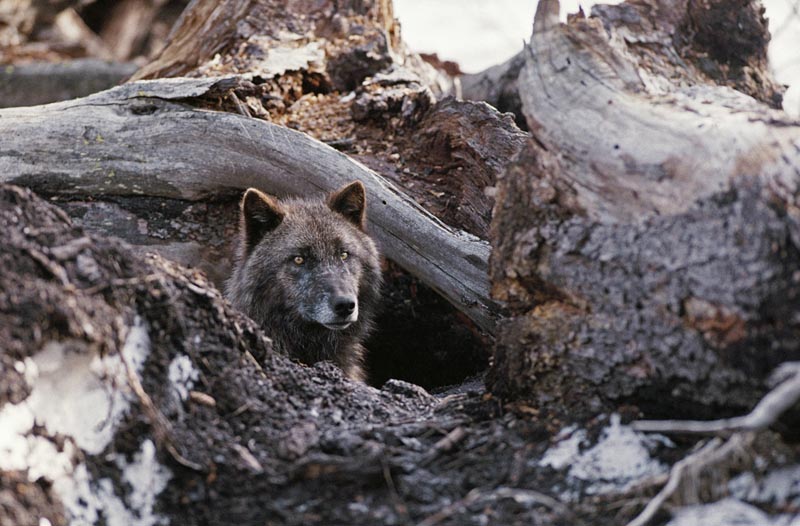