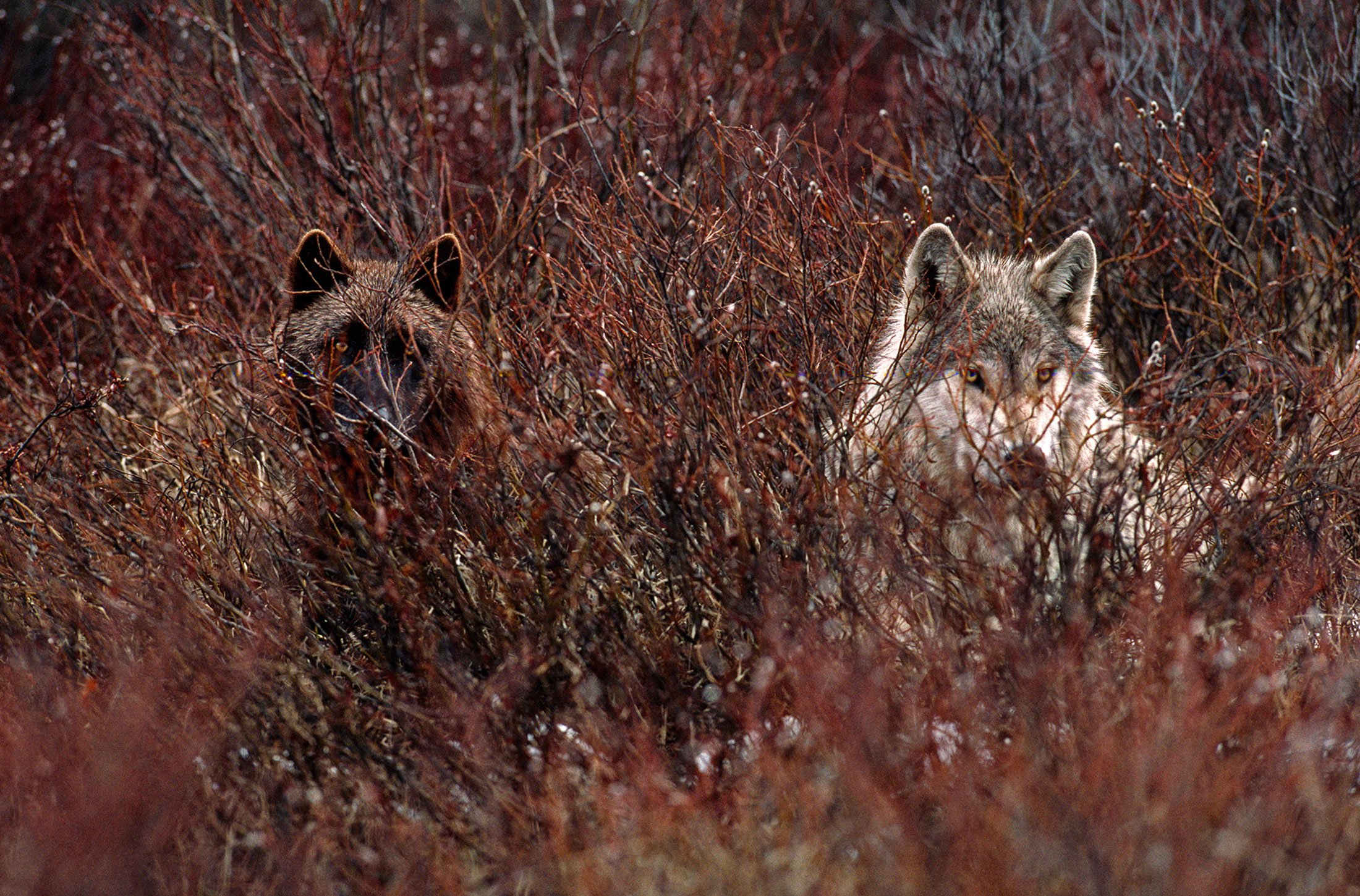 DID YOU KNOW? Yellowstone wolves had a devastating year.

By Living with WolvesJanuary 4, 2022November 19th, 2022Did You Know?, Featured Did You Know, Recent News
No Comments After Montana and Idaho passed a slew of laws to encourage more wolf killing, Yellowstone’s wolves suffered the deadliest year since they were reintroduced nearly three decades ago. In the 2021-2022 hunting and trapping season, 25 wolves that spent nearly all of their lives within Yellowstone National Park were killed during the brief moments they spent outside the park.

When compared to its surroundings, Yellowstone is a sanctuary for wildlife. It is a small piece of the West where animals are protected and not exposed to the dangers of recreational hunting and trapping, and where native carnivores are not at risk of conflict with cattle and sheep ranching operations.

But wolves and all wildlife are unaware of the invisible line that protects them on one side and doesn’t on the other. Consequently, when the states passed laws that resulted in dramatic changes in the hunting and trapping rules, nearly 20% of Yellowstone’s wolves were killed, at times by hunters that were seemingly laying in wait. Perhaps they were aware of the movements of these wolves. One radio-collared wolf was shot just 40 meters from the park.

In addition to increasing or removing these limits, the length of the wolf hunting and trapping seasons was extended, and night hunting for wolves with spotlights and thermal imaging technology on private land is now legal. Financial incentives (akin to bounties) for killing wolves are now state sanctioned. This is the work of an Idaho-based organization, created with the sole intention of driving down recovering wolf populations, primarily through trapping and snaring, first in Idaho, but now in Montana too. The practice of paying hunters and trappers for dead wolves is alarmingly reminiscent of the government bounty programs for wolves that helped lead to their original regional extinction in the early 1900’s.

All of these changes put Yellowstone’s wolves (and all the wolves of Idaho and Montana) at greater risk, but one particular element of the regulatory changes in Montana proved to be especially devastating for the wolves living primarily within the borders of Yellowstone National Park. In recent years, a one-wolf quota in each of two wolf-hunting units adjacent to Yellowstone’s northern border had protected the majority of park wolves that unwittingly wandered outside of Yellowstone. But in the fall and winter of 2021-22, with no quota, any wolf that ventured outside of the park was at risk of being killed.

The wolf-hunting season began on September 15, 2021, and the wolf-trapping season started November 29, with the exception of areas where grizzly bears were still active. As of December 21, wolf trapping opened throughout those remaining areas after the grizzlies had gone into hibernation. By January 4, 20 Yellowstone wolves had already been killed. By the end of the 2021-22 season on March 15, the death toll stood at 25 park wolves, nearly 20% of the park’s entire wolf population killed.

Because so many people flock to Yellowstone to watch wolves, the park’s wolves have become accustomed to human presence. The throngs of people observing them from the roadside present no immediate threat. Therefore, their habituation to human presence, unfortunately, makes them an easier target for hunters. Yellowstone wolves are part of ongoing research, and the loss of so many wolves will have a significant impact on important work. It is alleged that some hunters and trappers deliberately target collared wolves in the areas north of the park, knowing that they are part of the gray wolf study.

The arbitrary killing of animals that are highly social in nature and dependent upon intact family units for survival will have consequences. Already at least one of the park’s eight packs has fallen apart and no longer exists. The park’s research findings following the slaughter during this fateful season will be an area of intense interest going forward, particularly as the states bordering Yellowstone propose even more dramatic changes to further reduce already small wolf populations.

Yellowstone wolves represent a broader recovery success story under the Endangered Species Act, and now they are being killed at an alarming rate. To systematically eradicate wolves once again, after decades of work to restore them in the American West, would be a national tragedy.